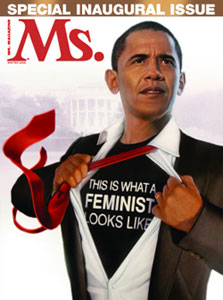 I’ve been told by trusted sources that potential suitors may read my blog and find themselves intimidated by my feminist ideas. I would never want to discourage a potential suitor until I discover him to be deplorable, so I’m offering up this post as an olive branch of sorts.

So, here’s why you should date feminist girls like me.*

Of course, no discussion about dating feminists would be complete without an examination of the stereotypes associated with them. Many people unfortunately think that feminists are rude, uncaring, etc. Obviously, I don’t think that’s true. But a better argument is this–don’t you also know non-feminists who are rude and uncaring?
Not every feminist woman will be right for you. That much, I hope, is obvious. I’m not arguing that you should date women just because they’re feminists. Rather, I’m arguing that you shouldn’t write them off just for that reason.
So, give it a try. Don’t let my mom be terrified for my romantic future. You wouldn’t do that to her, would you?
~~~
*Disclaimer: I don’t claim to speak for all feminists. However, this list is applicable to most feminists that I’ve personally met and/or read the writing of. If you’re a feminist and some of this doesn’t apply to you, that’s perfectly fine. I still consider you a feminist. Don’t worry.

57 thoughts on “Why You Should Date a Feminist”