The last remaining abortion clinic in Mississippi is perilously close to shutting down thanks to a new proposed law, Mississippi House Bill 1390. The law would require that all doctors performing abortions be board-certified in obstetrics and gynecology (reasonable), and that they also have admitting privileges at a local hospital (not so reasonable).

The reason that’s not so reasonable is because Jackson, Mississippi, home of the besieged abortion clinic, has two hospitals with Christian affiliations, and any hospital can refuse to grant admitting privileges to a physician for any ol’ reason, such as that said physician is a godless heathen who wants to help women murder their unborn babies.

To make it even better, the law would give the clinic’s physicians (all of whom are board-certified OB/GYNs but only one of whom has admitting privileges) less than two months to acquire them. As Evan McMurry writes at PoliticOlogy, “This is part of the pro-life’s recent death-by-a-thousand cuts tactic: if they can’t overturn Roe v Wade outright, they’ll make accessing and performing abortions so onerous that the practice will be effectively impossible.”

But of course, as it usually is with these laws, things get even more ridiculous. From the HuffPo article:

The State Senate voted to pass the bill Wednesday, but it was held for further debate on Thursday, when lawmakers had an odd exchange over the bill on the Senate floor. Sen. Kenny Wayne Jones (D-Canton) asked Sen. Dean Kirby (R-Pearl), who chairs the Senate Public Health Committee, whether ending abortions in the state would force women to resort to dangerous, back-alley abortions.

“That’s what we’re trying to stop here, the coat-hanger abortions,” Kirby replied, in reference to the abortions provided at the clinic in Jackson. “The purpose of this bill is to stop back-room abortions.”

All of the physicians in question are board-certified in obstetrics and gynecology–a certification that I’m pretty sure Senator Dean Kirby does not have.

Incidentally, you know when dangerous abortions do actually happen? When abortion is made illegal. Research invariably shows this. (I know, I know, Republicans don’t believe in science anyway, but it was worth a shot.)

The truth is that making something illegal, especially if that thing is considered absolutely necessary by many people, does not mean it won’t happen anymore. It just means that it’ll happen out of sight, and therefore without regulation. This is why countries that are more progressive than ours are starting to experiment with drug decriminalization, but that’s a whole other topic.

Drug policy is a different ballgame because, while there are many psychological and societal factors that may lead people to become addicted to drugs, most of us can agree that nobody needs illegal drugs in order to have a decent life. Abortion is another matter, however. Unless conservative lawmakers are willing to provide comprehensive sex education and low-cost (or free) birth control (not to mention end sexual assault), there may not be a way to eliminate the need for abortion. For instance, from a comment on the HuffPo article I linked to:

I live in Mississippi. Yesterday I taught classes in the poorest part of the Delta to pregnant or parenting teens on parenting skills. I would much rather teach classes to teens about safe, effective birth control. The state won’t let me. It doesn’t matter how many facts or statistics I roll out…nobody listens. I am frustrated beyond belief.

So that’s what we’ve got.

Anyway, because politicians in states like Mississippi refuse to provide the resources to prevent abortion from becoming necessary, they must face the fact that women are going to get them whether they’re legal or not. But they don’t face this fact.

In the quote from Senator Kirby, which I provided above, he states that his purpose in making abortion unattainable in Mississippi is to prevent women from having dangerous abortions. So basically, his argument is this: we’re going to restrict women’s access to a safe, standard medical procedure in order to prevent them from obtaining the potentially dangerous, unregulated version of that procedure, despite the fact that restricting the safe thing actually leads to an increase in the use of the dangerous thing.

Kirby’s reasoning makes such a mockery of logic and common sense that I had to read the original quote several times before I understood it.

Mississippi’s Republican governor, Phil Bryant, had this to say about the proposed law: “This legislation is an important step in strengthening abortion regulations and protecting the health and safety of women. As governor, I will continue to work to make Mississippi abortion-free.”

That’s right, he didn’t even try to pretend this was about women’s safety.

In my opinion, the fact that criminalizing abortion leads to dangerous back-alley abortions is the strongest argument for keeping abortion legal. It’s the strongest argument because it doesn’t lean on emotion or ideology. We can argue left and right about when life begins and when fetuses feel pain and whether or not women have the right to choose what to do with their bodies (hint: yes), but we cannot argue with the preponderance of evidence that shows that criminalizing abortion does not prevent abortion. It merely makes it dangerous.

Pro-lifers’ continued refusal to accept this argument says one or both of these things about them:

1. They are unwilling or incapable of accepting and understanding basic facts about economics and decision-making. That is, despite all the evidence showing the negative consequences of the criminalization of abortion, these politicians (and voters) continue to believe that banning abortion would plunge us all into Fun Happy No-Killing-Babies Land.

2. They understand these facts, but just don’t care. This is undoubtedly the worse alternative, because it means that the pain, injury, and even potential death that will come to women who try to obtain illegal abortions are, to borrow from Shrek‘s Lord Farquad, a sacrifice that Republicans are willing to make.

So, ignorance or malice? Take your pick. 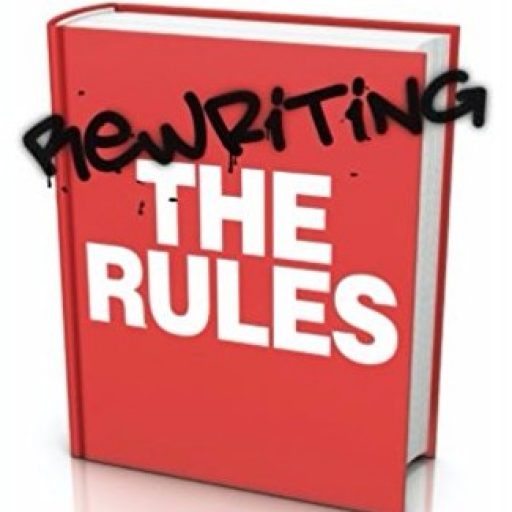